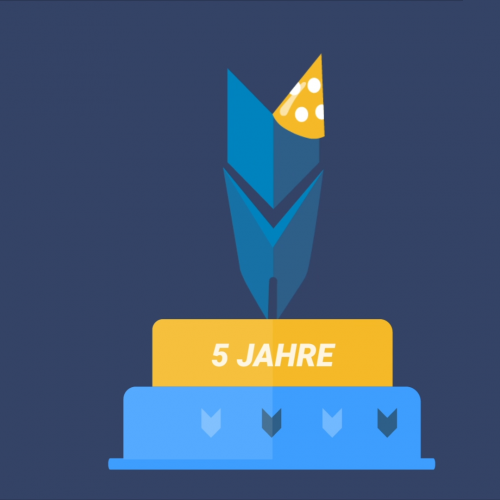 FoxBase in its infancy: How a school friendship turned into a company

When we tell how the FoxBase story began, we have to go much further than "just" rewinding the five years: Our beginning is written in 1991, at the Friedrich-Spee-Gymnasium in idyllic Geldern. This is where our two founder foxes met, not yet suspecting their future. While Carsten always wanted to found a company, the idea was still unimaginable for our ben at the time. After finishing school, he first completed a degree in economics and, after his time as a marketing consultant, became Head of Strategic Development Marketing at Migros in Switzerland, while Carsten first studied computer science and then gained various experiences as a senior manager and co-founder of the Deloitte Analytics Institute. Despite the distance, the two never lost sight of each other. It wasn't long before ben caught the start-up fever and both decided to tackle this thing together. At the beginning, in addition to their current jobs, they looked at what could be possible and useful ... And what there wasn't back then for crazy start-up ideas: A power chocolate bar or the ultimate intelligent kicker are just two of them. But no idea was good enough! It also quickly became clear - if you want to do it right, you can do it full-time. How good that ben moved back to Düsseldorf at the same time to realize this for love. Our founding foxes thought: What can we develop that really helps people to solve a problem? Carsten was shaped by his projects in the Big Data and AI environment and ben had experienced in retail how more and more topics such as omni-channel commerce became relevant and finally broke into the new age like a flood. This kept causing a major problem: Without digital product advice, it was hardly possible to find the best individual product for each customer online. The two founding foxes made a decision: They wanted to change that! And ladies and gentleman, there it was: The original idea for the Digital Product Selector as we know it today ...

The leap from the laptopfox into the B2B world: Our idea development to the SaaS model

Even if the business model is different today, the big goal was there from the beginning: We wanted you to find the best product for you quickly and easily. And by “you” we mean the private consumer in you. At that time, our founder foxes were still in the B2C sector. In other words, they were working at the time to ensure that you, the end user, would receive intelligent advice when it comes to choosing a new laptop. So they developed the "laptopfox" - and were not that far away from our current FoxBase. For the idea, both received a start-up grant from the Düsseldorf Economic Development Agency and ended up in the Launch site. During a round of table football, they told an employee about handle of their idea. This gave rise to a question: “Exactly what you do for laptops is what we need so that our customers can find the right industrial adhesive. Can you do that? ”Of course there could only be one answer: Yes, of course we can! Said and done! The two really got into the selector for handle and for the first time, we no longer just made it possible for individuals to find things easily, no, we made it possible for companies to let their customers find things easily. And while you were there before, you could continue to work straight away: It would be even cooler if we didn't program the perfect selector for the customer, but he could easily do it himself. If we could give him a template with which he can work independently at any time instead of relying on us. And voilà, that was exactly the first step of many towards the now firmly established SaaS model from FoxBase.

FoxBase goes viral: How we conquered the B2B industries

So now we were there with our idea of creating software for the B2B world that anyone can handle themselves without any programming knowledge. Was the idea good? Was the idea feasible? What our foxes needed was feedback. And a network. So they tirelessly moved from event to event and pitched their solution at every chance. And we were successful! With Ben's first pitch on the Ruhr Summit 2017 we made it straight to the grand finale and after further podium places and prizes we won the Startup-Con 2018 the ChemStartup Award for the digitization of the sales process. At the same time, of course, there was also feedback from working with handle. So FoxBase slowly but surely took shape: Little by little, great companies became our customers, especially from the chemical, electrical, telecommunications and construction industries. The exchange with our customers has always been extremely important to us. We have continued to develop the Digital Product Selector further and based on customer needs. Our customers have helped to shape our software today, so to speak, and today, not without pride, we can present a lot of cool features that have been added over time: We have expanded the recommendation logic and set it up extremely flexibly. We combined the PDF templating with the mail service and made a flexible design of the layout possible with the CSS editor. Today, the Digital Product Selector can be connected to PIM systems and linked to online shops and CRM systems, translated into different languages and our customers' customers can create detailed sales parts lists. Not to be forgotten is the insights portal, with which our customers can see the performance precisely and identify market trends at an early stage, and our set-up documentation, in which our customers can look up at any time if they have a detailed question. And and and ... You can see where this is going. We've definitely changed a lot and if you're interested in our features, just have a look at ours Getting started past.

The faces behind FoxBase: Our team is growing and growing

As you know, FoxBase is a team of over 30 men and women today and we are damn proud of that. But of course that didn't build up by itself and there were also obstacles to overcome: In addition to the constant balance between security and growth, processes had to be rethought and optimized again and again with the increasing number of foxes. But in the end there wasn't a challenge that we didn't rock with our concentrated FoxBase power and just as much fun doing. Communication is very important to us and we never tire of devising formats and methods with which we can make optimal use of swarm intelligence and become better. For example, we work according to Scrum (also in areas outside of development) and with OKR, which you may also know from Silicon Valley. We also meet regularly across the company in formats such as “Townhall Review”, “Lean Coffee” or “Lean Creativity” to exchange ideas. From the small startup, in which everyone was more or less responsible for everything at the beginning, real teams with their own responsibilities and interfaces have grown over time: Product, Customer Success, Documentation, Marketing, Sales, Process, Talent and Finance & Controlling. You can already see it: We are bringing you into our presence, which every single fox here has helped to determine. That is the basis and based on this everyone has got involved here, brought in their own ideas and ultimately brought FoxBase forward. In addition to our work, our legendary team events, one or two table football tournaments and our own network events also make us stand out. If you want to get to know our team, just have a look at ours About Us Page purely.

Doing is what you want, only better! Our learnings from five years:

But now we've looked back enough and it's time to look ahead. FoxBase is not resting, we want to continue growing, both in our team and with our Digital Product Selector on the market. But first things first, today we're celebrating a birthday! Nice that you have accompanied our journey to this point and for the next 5 years!

Continue reading
5 tips for better customer orientation in B2B
The customer is king, right? "The customer is king." Everyone is familiar with this saying, but ...
To the blog article
January 10, 2022 | Reading time: 7 min.
Online lead generation in B2B: Customer focus is what counts
The customer journey has changed rapidly since the beginning of the World Wide Web. Potential ...
To the blog article
November 17, 2021 | Reading time: 7 min. 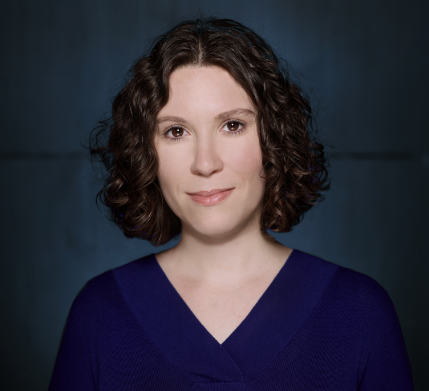 We look forward to every inquiry about the Digital Product Selector. Let's digitize B2B sales sustainably together!

For reasons of better readability, all gender forms are not mentioned. However, all genders are always meant.